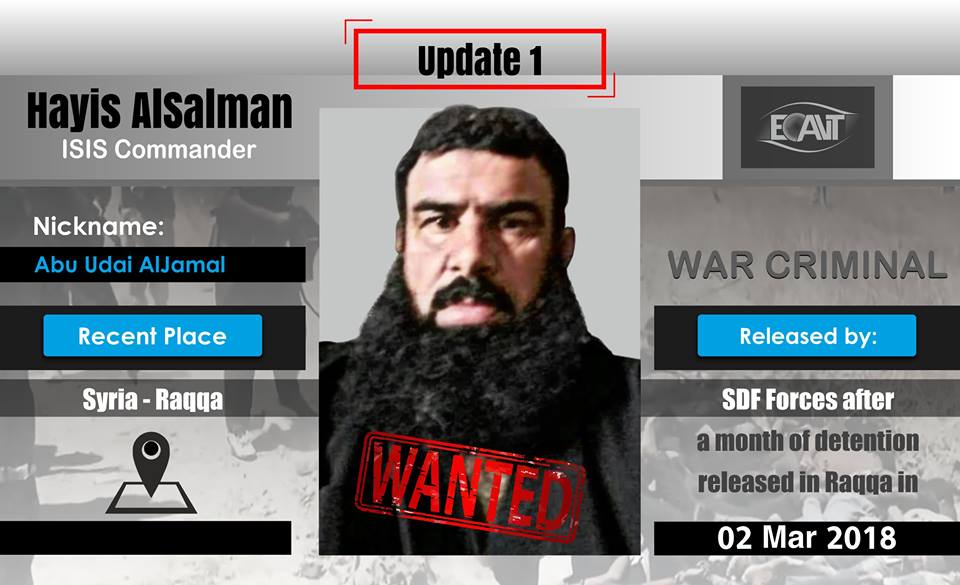 The Syrian Democratic Forces “SDF” releases Hayis AlSalman, one of the leaders of ISIS organization as part of an amnesty for more than 283 former members and their release in the city of Raqqa on 02 March 2019.
Salman was involved in murder, liquidation, and confiscation of civilian property in addition to his previous work with the organization in the town of Khasham east of Deir Ghazur as an element in the “Islamic police”.
In the comments section is a picture of the Salman during his release, trying to keep out of sight, and in the comments also you’ll find a link includs his criminal record, which published by Euphrates center a few months ago.
Euphrates Center Against Violence and Terrorism calls for prosecution of war criminals. The Center also maintains special documents and take care from mentioning witnesses for their own safety.. In order to preserve the rights of the victims, we invite you to participate and contribute to this by providing any information concerning war criminals by contacting us on: ecavt.org@gmail.com