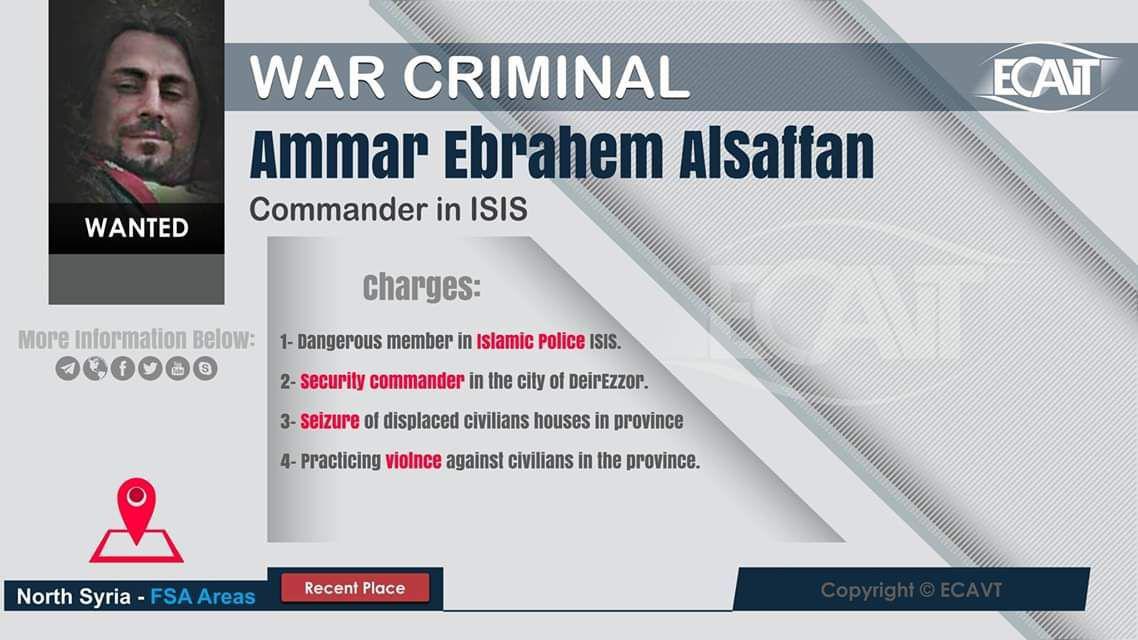 Ammar Fadel Ibrahim Al – Saffan.
Born in: Syria – DeirEzzor 1988
Ammar Al Saffan was born in the town of Husseiniya in the western countryside of DeirEzzor province. He did not complete his studies after receiving the basic education certificate “Grade 9”. At the beginning of the Syrian revolution, he participated in the demonstrations. In 2013, he joined AlNasra Front in DeirEzzor. In the middle of 2014 after the entry of the ISIS organization to the city, Ammar joined the organization as one of the elements of the “Islamic police” and according to the received information, he was accused of violations against civilians in the region, During Assad regime and Russian army military campaign on the city in 2017 he escaped from the city to the countryside again and from there he fled to the Syrian opposition forces in the areas north Syria, and now occupies the position of “heavy weapons official” at “Ahrar AlShaqia group.
Euphrates Center Against Violence and Terrorism calls for prosecution of war criminals. The Center also maintains special documents and take care from mentioning witnesses for their own safety.. In order to preserve the rights of the victims, we invite you to participate and contribute to this by providing any information concerning war criminals by contacting us on: ecavt.org
@gmail.com